The major growth of Folkestone occurred between 1848 and 1868 as did its reputation as a seaside resort. Although it is recorded that sea bathing machines were present in Folkestone as early as 1788, it was not until the mid 1800's, with the building of new town facilities and accommodation made possible by the coming of the railway, that sea bathing became a major part of the town's culture and economy. Here's a few more views of the harbour which is probably the most photogenic area I was able to see during my short visit: 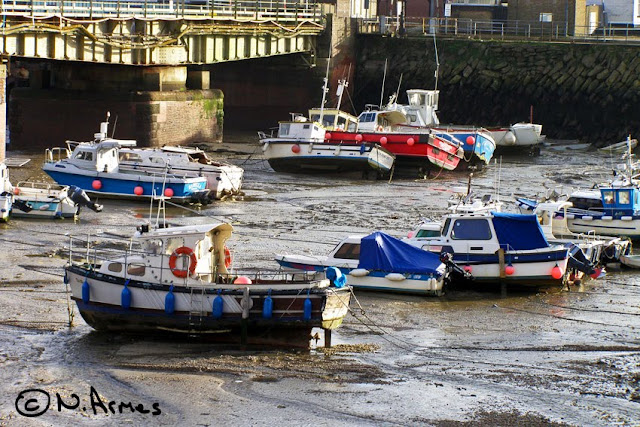 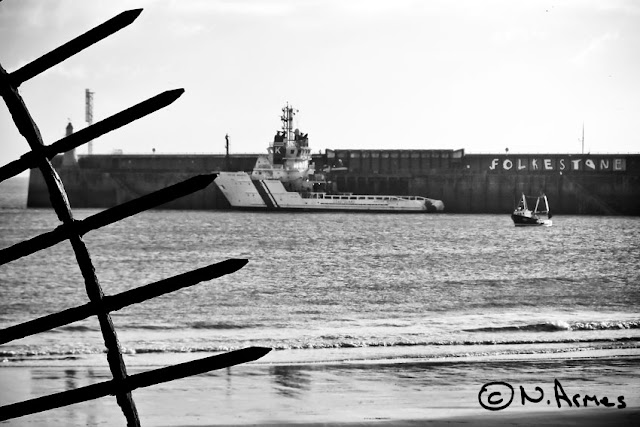 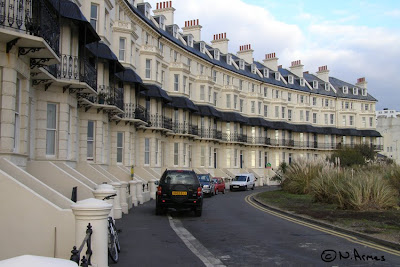 This is a view of Marine Crescent along Marine Parade. These typical Edwardian houses and hotels were the holiday resorts for the rich gentry. It was not until after World War II that Folkestone along with many east and south coast resorts became accessible to the working classes. 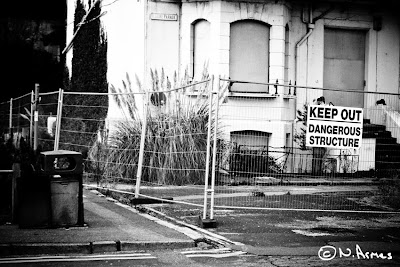 Unfortunately in recent times many of these fine buildings are falling into disrepair, as is this one just a block away on Marine Parade. Prime pickings for property developers no doubt. 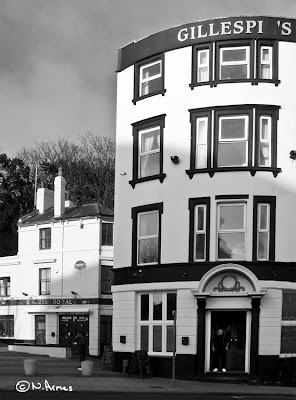 Originally called the "London & Paris", Gillespie's pub (here missing an 'e'!) is apparently one of the best known pubs in Folkestone. I say apparently as I didn't fancy a drink in the middle of the afternoon and no further opportunity to visit since then. If you want to check it out, it's at the junction of Harbour Street and Harbour Approach Road, right next to the harbour (surprise?). 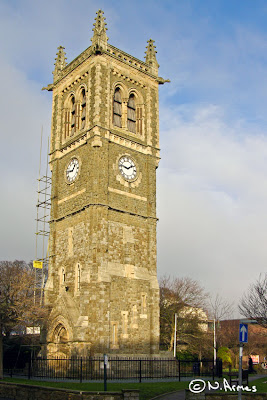 By the end of World War II the town had suffered great damage and was to be changed forever. 123 people were killed, and 778 injured. 550 houses had been destroyed, 10,000 properties damaged, and 37,000 people had left the area.

The picture here shows the remains of Christ Church on Sandgate Road (consecrated in 1850). The Nave and Chancel were hit during an air raid in 1942, leaving just the clock tower intact and preserved as a reminder of darker days.

I wanted to end the blog with a cliche sunset. Unfortunately I had to leave Folkestone before the 'golden hour' but while driving along the A259 I took a quick detour to Hythe and was really lucky to get a break in the clouds and be treated to quite a marvellous sunset. Here's a shot, only one, as I'll probably use the others for a future blog on "20 minutes in Hythe" or whatever title takes my fancy at that time. 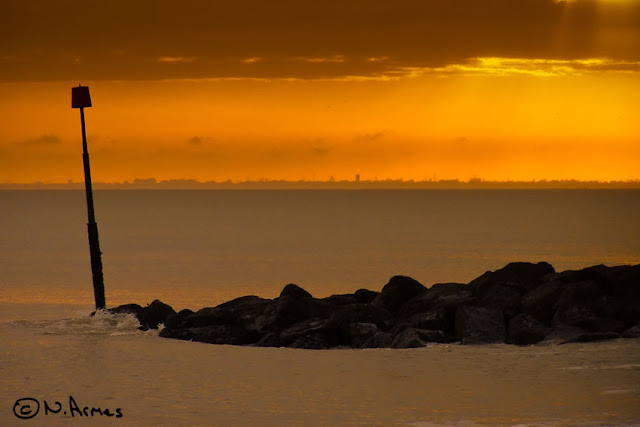 Well my couple of hours in Folkestone are now up. I did take a bunch more images and these can be seen on my website at higher resolution than on this blog by clicking  here.

If you are interested in seeing 'then' and 'now' pictures, I found this great website with a comprehensive collection of old photographs and postcards of Folkestone views as far back as Victorian times, posted alongside recent images of the same views: click here