The Entomological Society of America has just published its 2011 calendar in which I had three images selected this year. The scan quality is not so great, but I can assure you the actual calendar looks good. Insect photography is a keen interest of mine since student days. From left to right the bugs are: a Swamp Cicada, a Blue Dasher Dragonfly and a Scaly Bee Fly. All three were photographed in my garden in North Carolina. 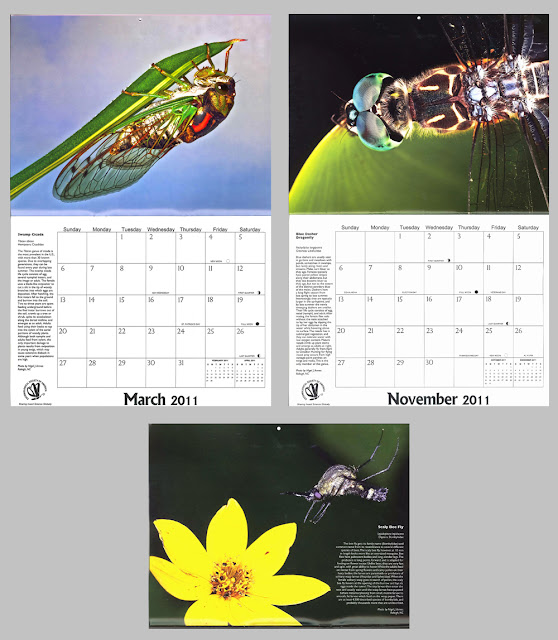 Yesterday afternoon was the dress rehearsal for Carolina Ballet's presentation of the classic fairytale 'Pinocchio' choreographed by Bruce Wells of Pacific Northwest Ballet. The ballet runs at the Raleigh Memorial Auditorium from 24 November - 28 November. Here's a sneak preview from the photographs I shot for Carolina Ballet.

It's calendar season and here's the first one published with two of my images out of the thirteen in the calendar. This is the result of the calendar competion held annually in September by MyFour Thirds, the photographic community for four thirds camera users. 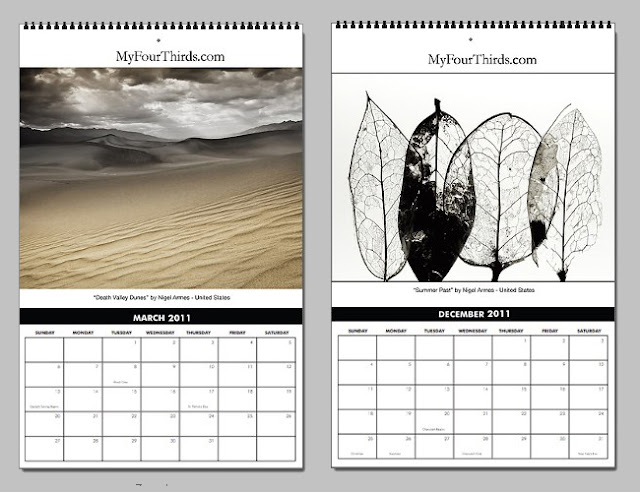 I shot the March image on the Mesquite Dunes in Death Valley National Park, California. I was lucky to be there on an evening with quite a dramatic threatening sky. A memorable location for sure and definitely on my list of places to revisit. The December image is a collection of skeletonized leaves collected from my garden, photographed backlit on an old slide sorting table.

If you are interested in purchasing the calendar, here's the link: http://www.cafepress.ca/myfourthirds

Here's one of my images used for a good cause in a magazine this month: 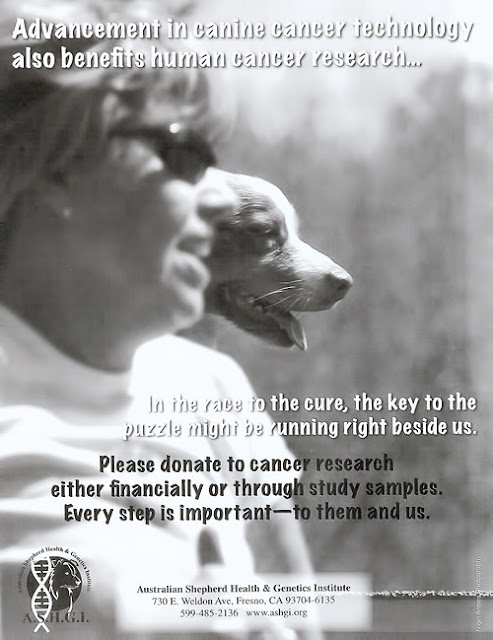 Dramatic, raunchy and sensual, Carolina Ballet is staging Lynne Taylor-Corbett's adaptation of Bram Stoker's classic struggle between good and evil, "Dracula", from October 14-31 at the Fletcher Opera Theatre in Raleigh. 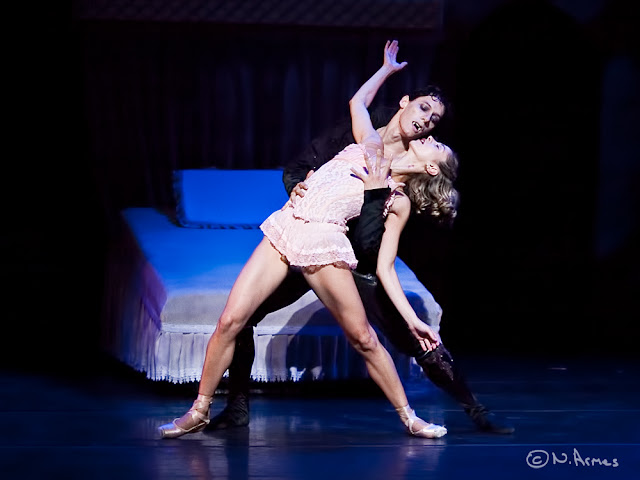 Marcelo Martinez as Count Dracula and Lilyan Vigo as Lucy
Read more »
at 9:33 AM No comments:

Well, it's been a while since I blogged last, but its been a busy summer. One of the really cool things I did was a 3,500 mile road trip across the USA from Raleigh, North Carolina to San Francisco, California. 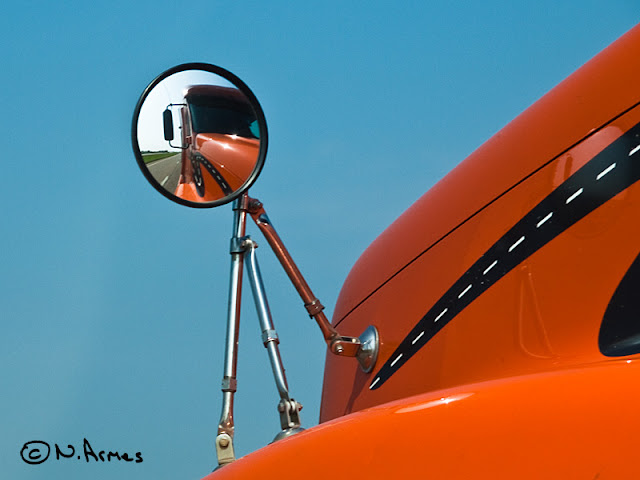 I had the opportunity last night to photograph the dress rehearsal for the Carolina Ballet presentation of "Romeo & Juliet" at Fletcher Opera Theater, Raleigh, North Carolina. The well known Shakespeare tragedy is set to the beloved and well music of Sergei Prokofiev. Carolina Ballet's presentation choreographed by Robert Weiss is stunning with a large cast, superb costumes and Margeret Severin-Hanson and Marcelo Martinez wonderfully portray the characters of the archetypal young lovers. Performances start tonight and run through until May 9th. Enjoy these preview pictures and don't miss the real thing! 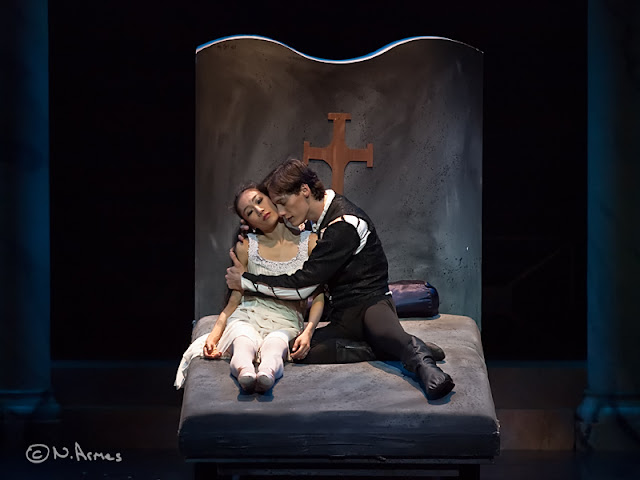 This week I photographed the dress rehearsal for Carolina Ballet's premiere of "La Sylphide". La Sylphide is one of the world's oldest surviving romantic ballets. This particular version was by the Danish balletmaster August Bournonville (1805-1879). There's still a chance to see the ballet this weekend at the Raleigh Memorial Auditorium, Raleigh, North Carolina. The last show is on 4 April. Here's a flavour of the images I took using an Olympus E-3 SLR with a 35-100m f2 lens - superb for low light conditions.

In Search of Frankenstein

"It was already one in the morning; the rain pattered dismally against the panes, and my candle was nearly burnt out, when, by the glimmer of the half-extinguished light, I saw the dull yellow eye of the creature open . . ."  'Frankenstein' by Mary Shelley 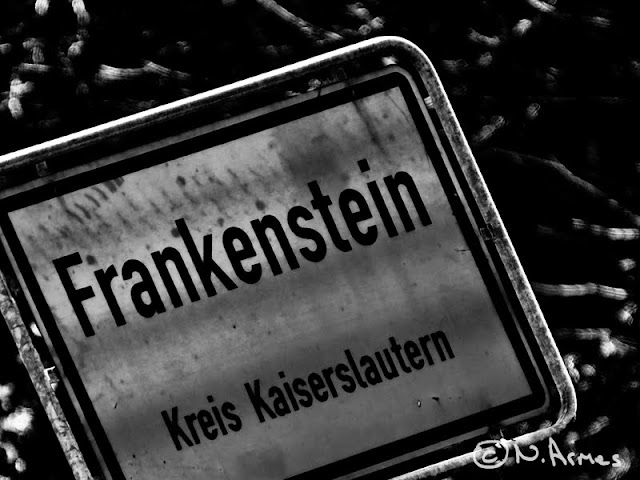 Driving in the district of Kaiserlautern Rheinland-Palatinate region of western Germany, I happened upon the village of Frankenstein, population a little over 1000. Curious, I stopped to explore.....
Read more »
at 4:09 PM No comments: 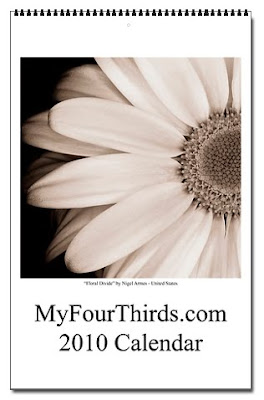